SMS innovator Matti Makkonen, received the The Economist’s Innovation Award for the Computing and Telecommunications Category. This year’s awards were presented in London last October 30th and 31st 2008. The Economist gives out Innovation Awards annually to recognize successful innovators in different categories. 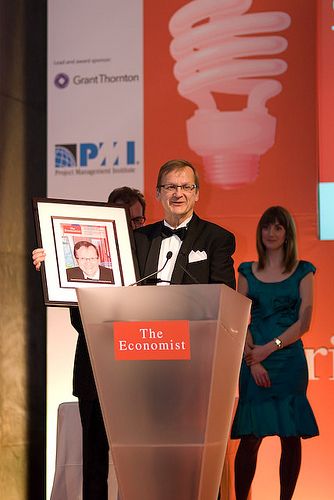 Mr. Makkonen is a Finnish engineer who is credited with inventing SMS, which allows short messages to be sent between mobile phones. He proposed the idea in the 1980s while working at Finland’s telecoms authority. Billions of text messages are now sent every day.

Aside from text messaging, SMS has also been useful in a lot of ways. Many applications have been built around SMS that made it useful, not only in communications, but in other fields as well such as Mobile Banking, SMS voting, Infotext, and other SMS services.

Other winners of The Economist’s Innovation Award were: